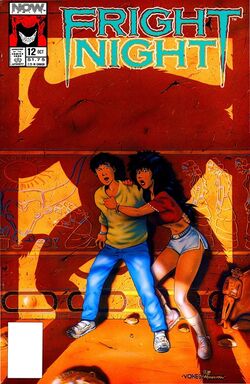 Bull-Whipped is a comic book published in October 1989 by NOW Comics.

Charley and Natalia head off to Crete to visit her eccentric Aunt Claudia, whom it is soon revealed is the reincarnation of Ariadne, Mistress of the Labyrinth. Claudia raises thousand year old God Theseus, which incites the wrath of his minotaur nemesis. 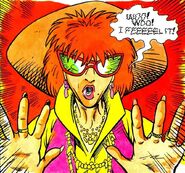 Retrieved from "https://frightnight.fandom.com/wiki/Bull-Whipped?oldid=7876"
Community content is available under CC-BY-SA unless otherwise noted.