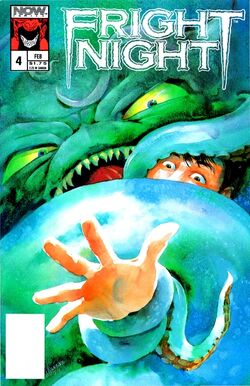 Eight Arms to Hold You is a comic book published in February 1989 by NOW Comics.

While visiting Squid Fest, the police enlist Peter and Charley to help them defeat the Squid-Men.

Retrieved from "https://frightnight.fandom.com/wiki/Eight_Arms_to_Hold_You?oldid=7954"
Community content is available under CC-BY-SA unless otherwise noted.