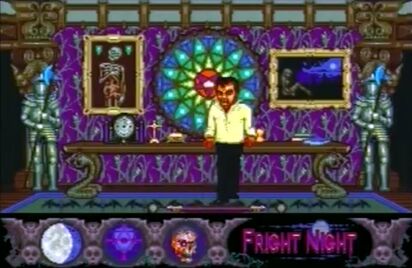 Following a soundbyte of Chris Sarandon heralding, "Welcome to Fright Night," the player assumes the role of vampire Jerry Dandrige, who wanders his house nightly in search for victims while dodging hurled stakes, slithering snakes, zombie hands rising from the floor, and various other random supernatural entities. All of the principal characters from the original film appear in Jerry's mansion as enemies and potential victims - with the exception of henchman Billy Cole, who's noticeably absent. Despite being released the same year as Fright Night Part 2, there is no crossover with the film.

The game was one of many created for Amiga by coder Steve Bak and graphic artist Pete Lyon. In a 1989 interview, the overworked Bak claimed it would be his last game for the company,[1] but he continued to code for them into the 1990s. Perhaps it was due to overwork that an ending wasn't created - players who made it through all 7 levels from Monday through Sunday have claimed that there's no reward, the game simply loops back around to Monday again.[2] Gamers have created emulators and made the software available on various websites, and videos of the gaming experience can be found on You Tube, as can the musical score by game composer David Whittaker.

Since the now-primitive floppy disc was fragile, most generally after gameplay the discs were returned to their respective cardboard boxes, which included a player manual, registration and other software flyers. Complete packages show up on eBay frequently and generally sell in the $25-$75 range (more if they're still sealed in plastic or autographed by the film's cast).

There are two box variations, one with the standard "Fright Night" name and logo and a second version subtitled "The Arcade Game." The latter prominently features Columbia Pictures and distributor microdeal's logos on the box, along with the tagline, "If you love being scared, it'll be the game of your life!" Additionally, the game's title is printed directly onto the plastic floppy disc (as opposed to a sticker on the other version) and the user's manual has a different cover. "The Arcade Game" seems to be less common that the version simply titled "Fright Night," though there's no discernible difference in either pricing or game content.

The following is an overview of the game which appears in the user's manual.[3] It's worth noting that Jerry Dandrige's first and last names are both misspelled in the original text.

In a twist of fate, you play the role of an anti-hero, Gerry Dandridge, a modern day vampire, struggling to stay undead. The action takes place inside your house, which has become infested with do-gooders intent on making your eternal life miserable. Put quite simply, they don't want you in their neighborhood.

Each game starts at sunset on Monday. Your energy level is high, and you are ready to go. Time is represented by the moon at the left of the status display. As time passes, the full moon gradually fades.

Your image, located at the right side of the status display indicates your current state of being. As your need to replenish with a fresh supply of blood grows greater, your image will begin to deteriorate. When all that appears is a skull, your after-life has ended. Quite fortunately, a fresh supply of blood is available. The pests that invest your home are an excellent source of nourishment. Besides, they intend to do you harm, unless you eliminate them first.

Unfortunately, your neighbors are not thrilled with the idea of becoming a thirst quencher for a vampire. They are prepared to defend themselves, and will attempt to ward you off by any means possible, including resorting to such tricks as throwing crosses, garlic, holy water, and other items known to cause pain to vampires. These items all will have a detrimental effect if they hit you. How much effect depends on the level of faith of your attacker. Be ready to dodge! Watch the center symbol on the status line, the pentagram, for an indication of the relative faith level of the person you encounter. Darker colors indicate little faith in the weapons they bear. Bright colors could mean big trouble for you.

After disposing of all victims each night you may return to your coffin for a good days sleep. You must make certain you've disposed of any remaining vampire hunters, otherwise they could stumble onto your resting place, and interrupt your repose with a well placed stake.

Don't waste time! You must eliminate the vampire hunters and return to your coffin by sunrise. After all, Vampires cannot abide the light of day. Each night becomes increasingly difficult to survive as more of your neighbors are alerted to your presence. Even ghosts of your past victims will strive to make your undead existence even more intolerable. Should your vitality be drained, your existence as one of the undead will end, and you'll be banished from the realms of the netherworld forever. In other words, the game is over.

Maybe you'll have better luck in another life. 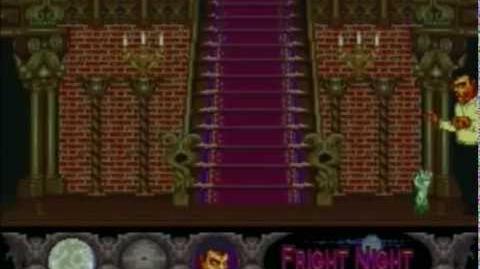 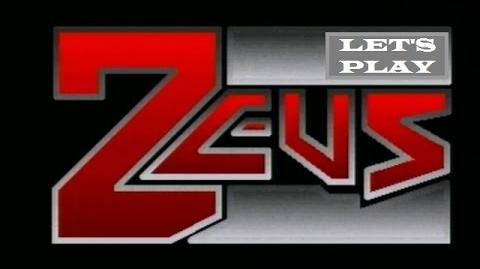 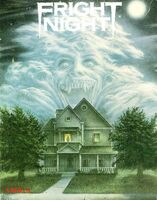 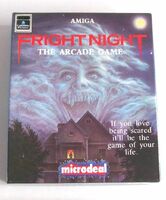 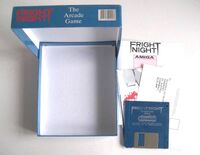 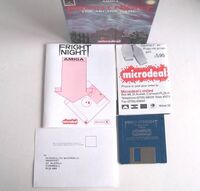 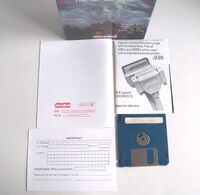 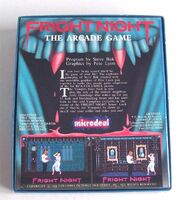 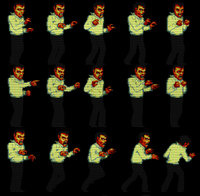 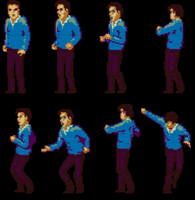 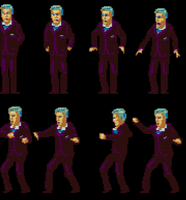 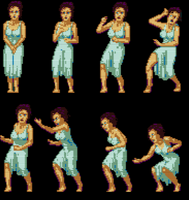 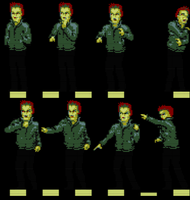 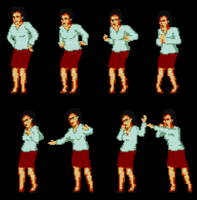 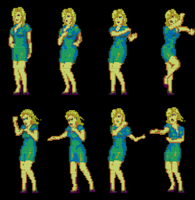