Start a Wiki
Julie Carmen is an American actress, yoga therapist and Clinical Psychotherapist. She is best known for her portrayal of the vampire Regine, in Fright Night II. She has also appeared John Cassavetes's, Gloria, Robert Redford's Milagro Beanfield War and John Carpenter's In the Mouth of Madness.

Julie first appeared on film, starring in NIGHT OF THE JUGGLER, directed by Bob Butler and Sidney Furie and written by Ernest Tidyman. In 1983, Julie had a recurring lead role in the Witt Thomas Harris sitcom Condo.

She starred opposite Gena Rowlands and Buck Henry in the film Gloria, directed by John Cassavetes, for which she won the Venice Film Festival Best Supporting Actress Award. Robert Redford cast her as one of the stars in MILAGRO BEANFIELD WAR and in 1989 she played the female lead opposite Val Kilmer in the telefilm based on Gore Vidal's Billy the Kid. Michael Mann cast her as the female lead in his four hour miniseries for NBC, Drug Wars Part Two, which was nominated for an EMMY. Julie later went on to play Angelina Jolie's mother in the four hour miniseries True Women, made by Hallmark for Showtime and directed by Karen Arthur.

In the early 90's she contuinued to appear in several telefilms. Julie played the sexy Nina Ferrara in three episodes of the hit HBO series Dream On in 1990. She landed the female lead opposite Sam Neil in John Carpenter's In the Mouth of Madness, which has also gained a sizable cult following over the years. In the mid 90's Julie starred opposite John Leguizamo in Seth Zvi Rosenfeld's indie hit, King of the Jungle, and Franc Reyes' Illegal Tender opposite Manny Perez, and Agustin's Falling Awake.

Currently she is set to appear in Tom Dolby and Tom Williams' indie film called Last Weekend starring Patricia Clarkson, which will be released sometime in 2014 and in Dawn Patrol opposite Scott Eastwood and Rita Wilson directed by Daniel Petrie, Jr. 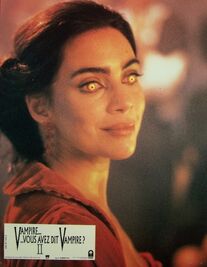 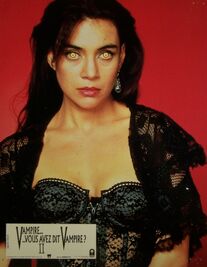 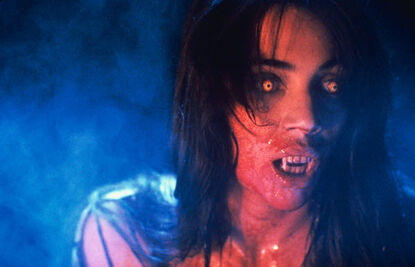 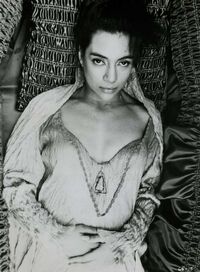 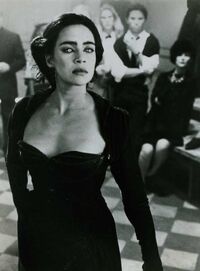 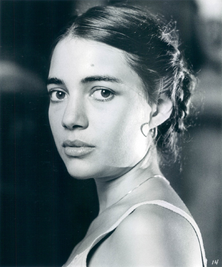 Julie in Night of the Juggler 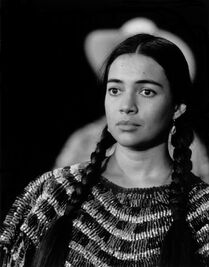 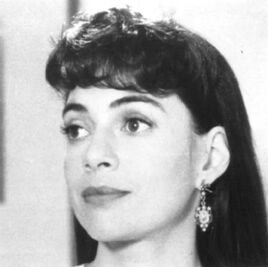 Julie in The Neon Empire
Add a photo to this gallery

Retrieved from "https://frightnight.fandom.com/wiki/Julie_Carmen?oldid=11345"
Community content is available under CC-BY-SA unless otherwise noted.