Due to continued interest in Fright Night, cast and crew members have reunited numerous times at horror conventions to meet fans, sign autographs and reminisce about making the film.

Most generally the reunions have taken place over three days (spanning from Friday through Sunday) and the appearances are punctuated with panel discussions in which fans are able to ask questions. Stephen Geoffreys has donned Evil Ed makeup on two occasions and posed for photos with fans.

Video of the 2008 panel at Fear Fest was included on the 30th anniversary blu-ray.

Many videos from the reunions have surfaced online, both panel discussions and one-on-one interviews with various cast and crew members. 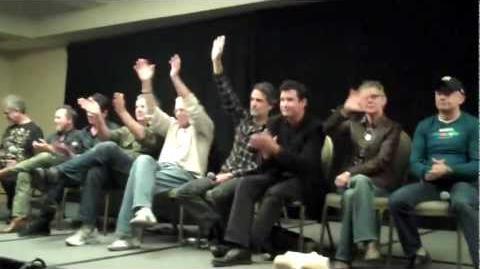 The most comprehensive panel discussion to appear online was at Monsterpalooza in 2012, featuring not only the cast but various crew members. 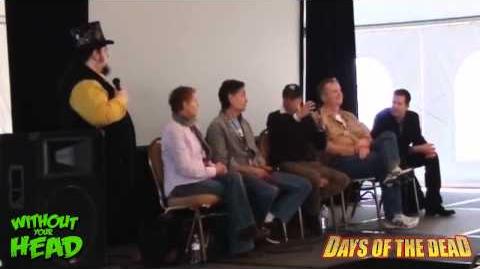 At the Days of the Dead reunion, the cast got embroiled into a lengthy discussion about the 2011 remake. 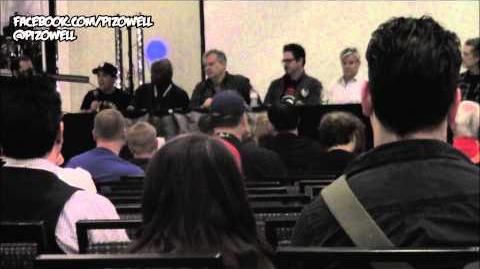 The 2015 panel from Mad Monster Party in Charlotte, NC is notable for the inclusion of Art J. Evans, though the camera is shaky, the sound isn't as clear as the previous videos, and the end of the final question gets cut off. 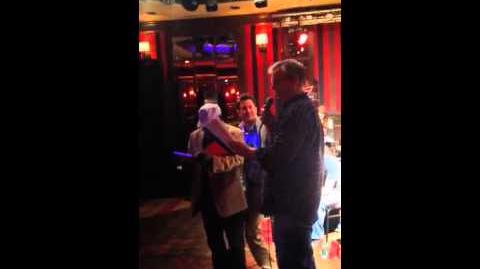 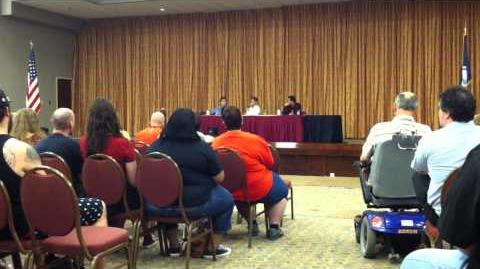 At the Scares that Care reunion, the cast was asked about the ghost librarian puppet from Ghostbusters which was utilized for the burning visage of Jerry Dandrige. Unfortunately, they were unaware of the specifics and instead discussed the prosthetic shark mouth worn by Amanda Bearse. 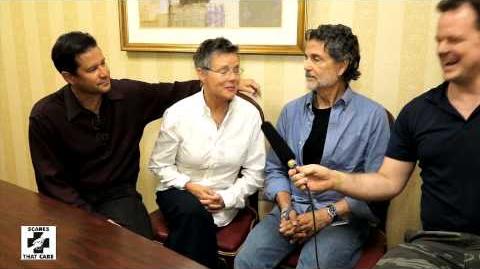 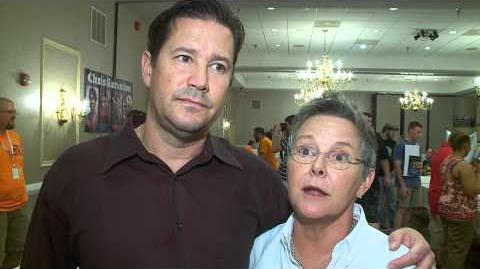 Feel free to add your own photos to this gallery!

Mike and Stephen Geoffreys at Monsterpalooza 2012

Mike and Amanda Bearse at Monsterpalooza 2012