Traci Lind was born Traci Lin Wemes. At age 13, she caught the eye of John Casablancas, head of Elite Model Management, and began a career as a model, eventually transitioning to acting in film and television. Two years after Fright Night 2, Lind starred in Class of 1999, another sequel to a Tom Holland film, Class of 1984.

Lind married in 1992, but in the late 1980s and early '90s, she dated Dodi Fayed, later the boyfriend of Princess Diana, who died alongside the princess in a car crash in 1997. Following Fayed's death, Lind publicly spoke out about their abusive relationship,[1] and soon after she retired from showbiz. "I am an intensely private person," Lind stated in a 2013 interview, "so the whole acting thing was just the wrong path for me, and as soon as I figured out how to segue out of it, I did."[2] 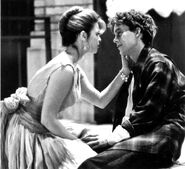 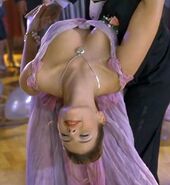