Tom Holland's original classic not having decent special features is a crime against humanity. The recent blu-ray was a limited printing and the only extra feature was an isolated soundtrack. Fright Night 2 is long out of print, hard to find, way too expensive and the image quality sucked. Countless other brainless and forgetable horror films of the era have been getting special edition DVDs over the years and the Fright Night films continue to be ignored. This is a disgrace. It's time rise up Fright Night fans, I urge you to sign these petitions started by 'Fright Night Focus.' Even Firght Night 2 has a worldwide cult following that is starved for this kind of release. Look at this fan made dvd boxart I stumbled upon on a French site: 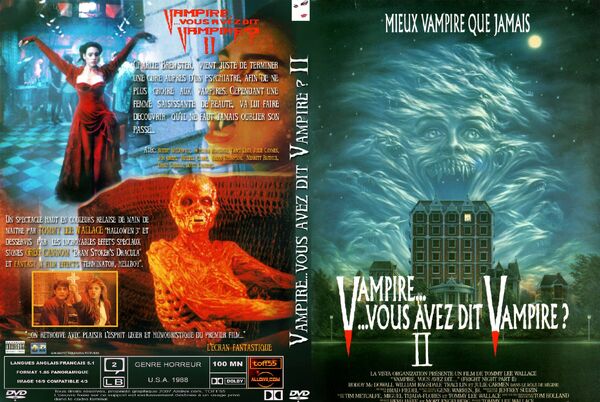 • Retrospective documentarys for both films

• Brad Fiedel interview on composing the scores for 1 & 2

• Deleted scenes & bloopers for both films

• Any and all initial publicity featurettes for both films

• Anything else in the studio's archives